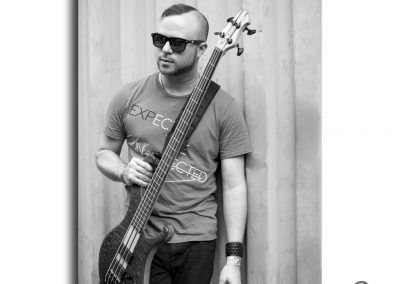 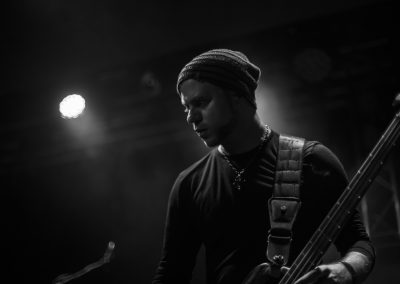 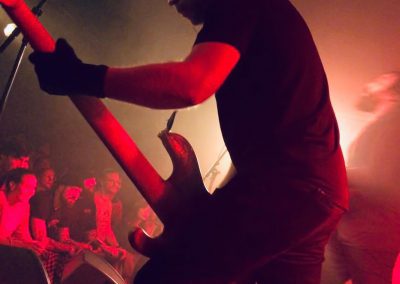 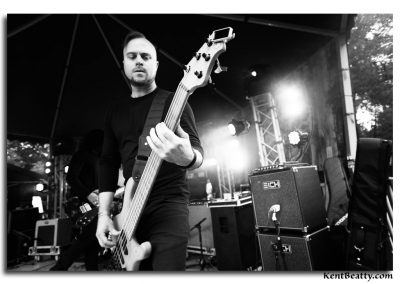 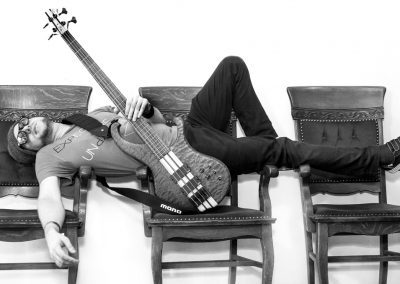 Kent Beatty has been on his way to the forefront of modern bass playing since he started at age 12. Influenced by such legends as Flea, Les Claypool, Victor Wooten, and Stuart Zender, his style has caused audiences to compare him to his musical heroes. He performs at various bass events and competitions, and has even been introduced on stage by Victor Wooten himself. Kent is best known for his 5 years touring internationally with Hamilton Loomis, and for his ability to blend solid musicianship with solo performances. He works with several artists and also records with his various rock, jazz, funk, and fusion projects yet to be released. No stranger to clinics, Kent has shared his love of music at workshops, schools, and rock camps around the world to all ages and skill levels. He is currently touring with Brother Dege, whose music is featured on Quentin Tarantino’s “Django Unchained” film soundtrack, as well as the Discovery Channel and the National Geographic Channel.

“Kent and myself, (TM Stevens), was in a room in Anaheim California during the Namm Show, jamming on our bass guitars, and I noticed that Kent also has that “Thunder Slap” that I treasure with my bass playing. ‘I Groove to Move, and Play to Make, The People Dance, Clap and Shake’. Welcome to the Ultra Funk Club Brother Kent!!!” – T.M. Stevens, professional bassist, James Brown, Billy Joel, Tina Turner, Joe Cocker, Steve Vai, 2Pac, Cyndi Lauper, Pretenders, Shocka Zooloo